avatar by me
header by @Letslai 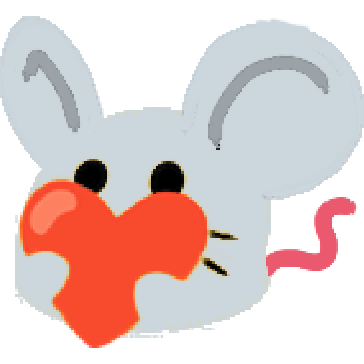 I love a lot of stuff but my mental health made enjoying it harder. I like video and board games, books and comic books... I enjoy all kinds of creativity, sometimes post my drawings, and am slowly working on a cute PC game. Currently learning to use my drawing tablet better.

My goal is to pet all animals, especially the smol cuties like mouses and spiders 💕🐁

If you want to support me for whatever reason, I have paypalme and kofi links set up.

I don't currently need help, just redrafting the post to pin it again because the links got broken. Preferably donate to like bail funds or homeless people or something instead.

not only mars but venus textures also seem different? was that like an undocumented change in the last update? #warframe

if I saw a saphie I would simply pet vir

seeking out the inventor of bunnies to personally thank them

it's sexy when boys aren't cis

I would a giraffe tbh

i really don't understand the "i had to walk uphill both ways" mentality. like when i hear that so many more teens are openly queer im just glad that they don't have to go through the shit the same way

Boss makes a dollar, I study the blade

like in both cases, online neo-Nazis were able to integrate so smoothly into white edgy shock culture and later into white soff fragility culture because both of those things were already racist, well before being consciously steered by avowed, coordinated white supremacists

'soft' white fragility/weaponized victimhood as a means to silence, harass, and ostracize people of color ran rampant in Tumblr and Tumblr-adjacent social justice scenes from the jump. acting like it's categorically different from channer culture because it presents as 'less aggressive' is just assuming your conclusion

RT @TattooedMuppet
Me: painstakingly selects names for every town, mountain, river, etc in my books using lots of research into meanings and associations

I'm floored, because DuoLingo launched a beta for Navajo!

It's honestly making me a little emotional, because my family never inherited our ancestral language. My grandfather's generation were taken from their families and forced into indian boarding schools where they beat you for practicing your culture.

Seeing an indigenous language preserved in a mainstream tool is incredible. 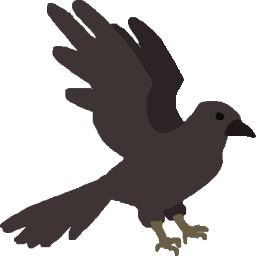 cowboy revolution (every boy is tf'd into a cow)

brain cell 1: my friends are so funny and cool 😌
brain cell 2: just because they boost your toots it doesn't mean they're your friends-
brain cell 1: shh just let me have this 😌

it's like a primary and secondary gender situation, you equip "girl" as your primary gender and then "boy" as a secondary

avatar by me
header by @Letslai